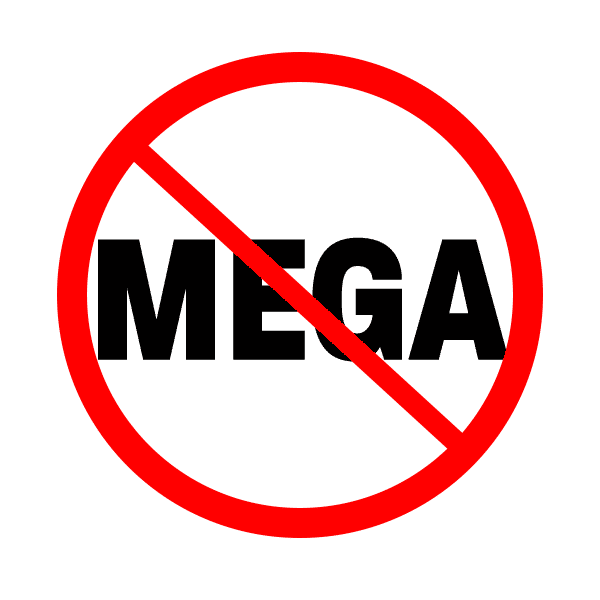 All Peoples Mega Project has gone out of their way to create a “Myths vs. Facts” page on their website. Sadly their definition of “fact” is only what is convenient for them.

This page will bring light to the truth, not their manuFACTured efforts to appease the community and woo City officials.

Myth: All Peoples Church is a mega church.

“Fact”: All Peoples Church is not a mega church. A mega church is defined as a church that has 2,000 or more in average weekend attendance. All Peoples Church has a congregation of 900-1,000 adults, less than half of what is considered a mega church. It is common practice for churches to build a sanctuary larger than their average weekend service attendance. This provides an opportunity to gather the larger groups on important church holidays. A local example of a church of similar size is St. Therese Catholic Church in Del Cerro. St. Therese’s congregation is approximately 1,500 people and, pre-COVID, they conducted 3 services on Sunday of about 500-650 people each. The church has an 800-seat sanctuary and 350 additional seats in its Hall and Social Center. (St. Therese also has a K-8 school and a preschool.)

Truth: All Peoples has previously stated they have 1,100 adult members. Surely there are children in their membership as they have a youth service and daycare. Simply by adding 300 non-adult youth bumps their number to 1,400 members. Next considering they have aggressive growth plans and intend on targeting thousands of SDSU students, it’s not far fetched to call them a mega church. Lastly, the Pastor’s own admission he intends to have a mega church is evidence enough.

#2 Not Just a Sunday Church

Myth: All Peoples Church currently has services on Thursday, Saturday, and Sunday at their current facility. They will do the same at the church in Del Cerro.

“Fact”: Prior to COVID, the church hosted four services on weekends (one on Saturday, three on Sunday) at the current facility because the building only accommodates 300 people. A larger sanctuary allows the church to accommodate their needs with fewer services.

Truth: All Peoples does not dispute the “myth,” they will simply hold larger events given they will have a larger sanctuary.  They do not deny that they will continue to hold services and large gatherings many days per week (not just on Sunday).

Myth: They say they aren’t planning to open a school, but they can always open a school after getting approvals.

Truth: Again, the “myth” isn’t wrong. Not “having plans” to open a school does not mean they will never open a school. The building plans currently indicate over a dozen “classrooms.” Why would they need over a dozen classrooms if they are only hosting two “small group classes” for adults. In realilty, it is not difficult for them to simply apply to open a school once the main project is complete, something their parent, Antioch, has done repeatedly with other projects.

Myth: The Church wants to bring 70,000 college students to the project site.

“Fact”: All Peoples Church has a vibrant ministry to around 100 college students. In the time of COVID-19 that ministry consists of a few small groups. We want to be a spiritual community that embraces college students as they are in such a critical and formative time in their lives. We understand that gatherings at the Light Project site will be limited to the size and zoning constraints of the facility.

Truth: As shown above, the Pastor has aggressive growth plans and hopes to attract thousands of college students. While individual gatherings may be limited to the “size and zoning constraints of the facility” (still nearly 1,000 people at a time!), nothing will stop them from hosting multiple services, multiple days per week. With a 900 seat sanctuary it won’t be hard to get numbers into the thousands. Speaking of zoning, the land is Zoned RS 1-7, which does not allow for religious assembly, so clearly they are happy to overlook that planning constraint.

Truth: We don’t need to write anything, you can just listen to the Pastor in his own words talking about a Jewish revival and chuckling about the convenience of their project being “planted” in Del Cerro, home to a large Jewish population.

“Fact”: All Peoples Church does not practice gay conversion therapy. While the church has orthodox Christian beliefs regarding sexuality and many other matters, All Peoples does not believe in forcing beliefs on anyone. The church does not exclude any population or target them for any reason. Our country is comprised of many different faiths and belief systems and this freedom to worship as one chooses is one of the things that makes our country unique, and it is protected as one of our most important freedoms. While some may disagree with a religious institution’s beliefs, this cannot be used as part of the decision-making process for a local land use matter.

Truth: Pay careful attention to their word choice, “All Peoples Church does not practice gay conversion therapy.” Simply claiming they don’t practice conversion therapy isn’t enough when they do not deny they are partner churches with Living Hope Ministries, which has a well documented history of gay conversion therapy. Living Hope has presented to an All Peoples “School of Transformation” on this topic as recently as 12/11/2018. They also appear to be trying to intimidate City officials into ignoring this illegal human rights violation since the City Council vote is simply about a “local land use matter.”

“Fact”: Nearly 90% of the building is proposed to meet the 30-foot height limit. Three tower elements are between 41-48 feet at their high point. The proposed cross is 7-feet 7- inches tall and it would reach a high point of 52-feet 4-inches at the top of the cross. The proposed cross is a slender, steel cross used to delineate a church as a sacred space. It is not meant to be a community landmark.

Truth: Their “fact” is based on updated plans they recently proposed, not the original plans. Regardless, there is a 30 foot height limit, and this still violates that. Even more important, the entire project sits on land zoned for low density housing (RS 1-7), which does not allow for religious assembly regardless of building height.

Myth: Without the Light Project this would be public, open space.

“Fact”: All Peoples will be required to submit a landscape plan to the city for the beautification and environmental consideration of the area. We believe the landscape plan will improve the appearance of the area. Also, adjacent land to the parcel, which runs parallel to Highway 8, will remain open space. This land is owned by the City of San Diego.

Truth: The community never claimed the alternative to the project is open space. There is an approved housing project for 24 homes on this parcel of land, see Item 209. This concern also has nothing to do with beautification. However we will say that those Canary Pine trees in the median are a sign of “home” and we don’t want those messed with.

Myth: If the project is completed, there will be no more open space or landscaping on the site.

“Fact”: This parcel has always been private land, not open space. All Peoples Church purchased the land in a real estate transaction and has been working for two years with neighbors and community groups to bring forth a fitting church structure for the property.

Truth: We can’t figure out why they decided to buy land that was zoned low density RS 1-7, just seven days after City Council voted unanimously to approve the building of 24 homes. Not only is religious assembly not allowed (see Table 131-04B, Page 12) in this type of zoning, but San Diego is in the midst of a severe housing crisis. The mega project’s lobbyist, the Atlantis Group, is in the midst of approval efforts just across the 8 Freeway to build a large housing project, and one of their major argument in favor of that project is that San Diego is in a housing crisis. Interestingly the Atlantis Group is happy to fight for the All Peoples mega project which eliminates an approved housing project just 1.9 mile away. We find it highly suspect that the applicant is trying to get their project approved without changing the underlying zoning and think they can simply add a “cross” to a map from the 1982 Navajo Community Plan called “Figure 24.”

Myth: Because the location of the church is so close to the I-8 interchange, it will cause huge traffic jams.

“Fact”: The traffic study does not identify this as an impact.

Truth: Is that so? Where is this so called traffic report that was commissioned nearly two years ago!? Explain how adding a 5th traffic light within a half mile distance and just a few hundred feet from a major freeway on/off ramp, and the region’s largest University, will not affect traffic.

Myth: The church has not been transparent during this review process and they have not communicated with the community.

Truth: Several homeowners who live on Marne, adjacent to the project site, have let us know they have NEVER heard from any representatives of the mega project. Additionally, it has become clear to the community that the Del Cerro Action Council (DCAC) is not a recognized non-profit as they claim on their website, and have made very little effort to involve the community over the years. In fact, DCAC has repeatedly ignored requests for transparency from the community. Additionally, the Navajo Community Planners Subcommittee was dissolved to avoid further lack of transparency with the community. The mega project attempted to meet behind closed doors with just a few members of the Save Del Cerro group, rather than meet with the entire community.

As an example how this lack of  transparency translated into poor community involvement, there were NO community members present at the 7/19/2018 Planning Commission, an important meeting that allowed for the initiation of an amendment to the Navajo Community Plan.

Myth: Project plans have not been made available to the community.

“Fact”: Project plans have been available at every meeting, on this website, and they have been made available by City staff.

Truth: A traffic study was done nearly two years ago and it has not been made available, community members have emailed the City requesting the plans and have been told they are copyrighted and not allowed to be released. Community members have even been chastised by project representatives in the past for taking photos of presentation materials. So much for transparency.